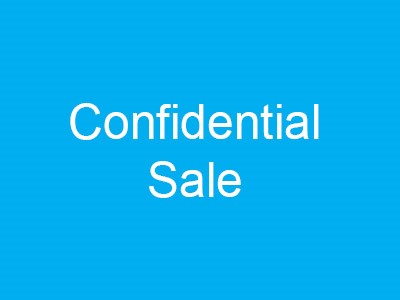 The business is located within a bustling suburb of Newcastle Upon Tyne.

Newcastle, is a city in Tyne and Wear, North East England, on the northern bank of the River Tyne, 8.5 mi (13.7 km) from the North Sea. Newcastle is the most populous city in the North East, and forms the core of the Tyneside conurbation, the eighth most populous urban area in the United Kingdom.

Among its icons are Newcastle United Football Club and the Tyne Bridge. Since 1981 the city has hosted the Great North Run, a half marathon which attracts over 57,000 runners each year.

Newcastle is regarded as one of the country's top night spots, and is confirmed to have the most events per student population in the UK (www.tickx.co.uk 2018).

The property is an imposing 2 storey end of terrace Victorian Building occupying a prominent corner position in a busy high street location.

The ground floor trading areas are well presented and have a comfortable and welcoming feel and comprise:-

Public Bar (circa 30) attractive wooden/carpeted flooring with variety of bench and chair seating around free-standing tables.

The imposing well stocked bar serves both trading areas and has capacity for 12 larger/cider/beer pumps.

Ladies and Gents W.C’s are accessed via rear hallway.

The business is served by a substantial, fully equipped Underground Cellar.

The business has a well equipped Catering Kitchen, (equipment not tested). This serves a separate Restaurant (circa 40).

NB The restaurant is currently let to a third party which we are advised has less than a year to run on the current lease agreement.

On the 1st floor of the property there are 6 bedsit rooms, with separate access which are fully occupied on short term lets with shared bathroom facilities, separate kitchen/lounge.

In addition on the same floor there is an additional room currently used as an office.

To the rear of the property there is a paved area offering outside seating (circa 20).

We are advised that the business trades with the benefit of the Premises Licence (not seen) which permits the sale of alcohol during the hours of:

Friday & Saturday 9am to Midnight

NB. Important. Prospective purchasers wishing to continue to operate the public house should ensure that they gain the APLH Qualification in readiness for their intended operation of the Public House.

The property and business is being offered for sale freehold (although we have not had sight of the title deeds). All mains services are connected with gas central heating (no services tested). Business rates payable are currently £9,536.

The current owner purchased the business in 1995 and has built a popular and profitable business which is reluctantly being offered for sale so that he can enjoy a well earned retirement.

The business offers significant potential in the hands of new owners who would have the opportunity to bring catering in house upon expiry of the current agreement with the third party restaurant operator.

Accounting information will be made available to interested parties after viewing.

Viewing appointments must be made by contacting Guy Simmonds at sales@guysimmonds.co.uk.